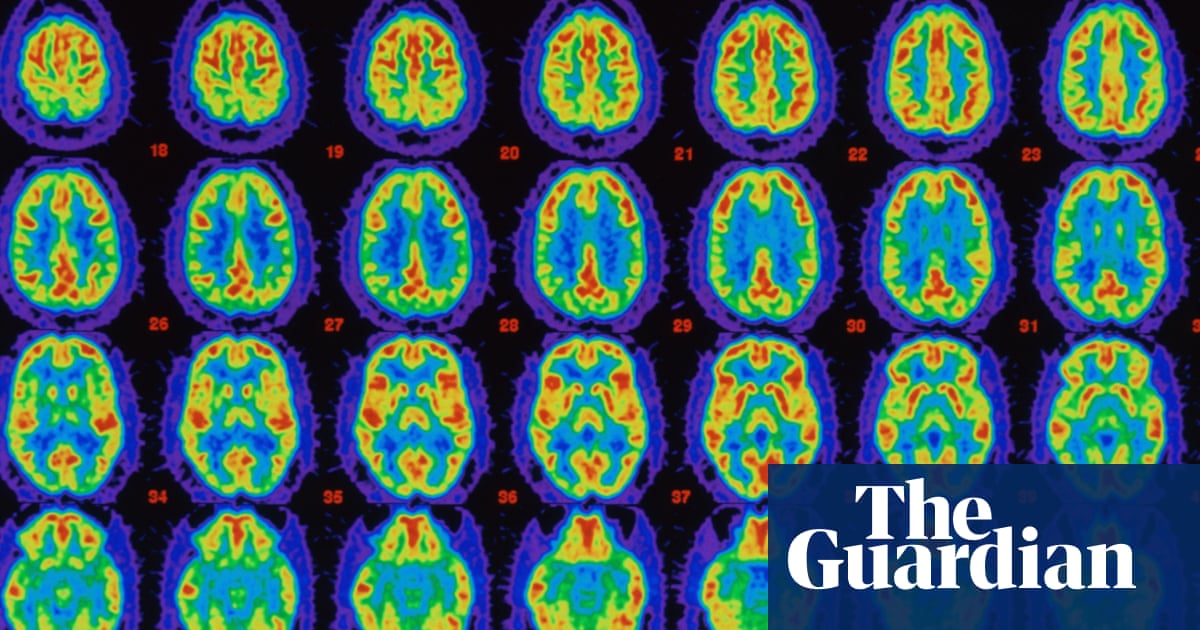 Tangles of a protein found inside the brain cells of people with Alzheimer’s disease can be used to predict future brain shrinkage, research suggests.

In healthy people, a protein called tau is important in supporting the internal structure of brain cells. However, in those with Alzheimer’s, chemical changes take place that cause the protein to form tangles that disrupt the cells. Such tangles have previously been linked to a loss of brain cells.

Now scientists have used imaging techniques to track the extent of tau tangles in the brains of those with early signs of Alzheimer’s, revealing that levels of the protein predict not only how much brain shrinkage will subsequently occur, but where.

“Our study supports the notion that tau pathology accumulates upstream of brain tissue loss and clinical symptoms,” said Prof Gil Rabinovici, a co-author of the research from the University of California, San Francisco.

A number of drugs targeting tau tangles are currently in clinical trials, including some that aim to interfere with the production of tau in the brain or its spread between cells.

Dr Renaud La Joie, another author of the research, said the findings suggested the imaging technique could prove valuable both in choosing which patients to enrol to test such drugs and in monitoring whether the drugs work.

Dr Laura Phipps, of Alzheimer’s Research UK, said: “The ability to track tau in the brain will be critical for testing treatments designed to prevent the protein causing damage, and the scans used in this study could be an important tool for future clinical trials.”

Writing in the journal Science Translational Medicine, La Joie and colleagues report how they used an imaging technique called PET to study the brains of 32 people aged between 49 and 83 who were in the early stages of showing Alzheimer’s symptoms.

PET imaging involves injecting patients with a substance that contains a radioactive atom. The area in which the substance clusters shows up in subsequent scans.

They took a PET scan at the start of the study, as well as an MRI, which reveals the structure of the brain. A second MRI was taken 15 months later to track brain atrophy.

The results reveal the level and location of tau tangles shown by the PET scan at the outset were closely linked to shrinkage of grey matter in the brain, both in terms of the degree of shrinkage and its location. Such patterns explained about 40% of the variation in shrinkage. By contrast, there was little sign of a link between brain shrinkage and the extent of beta amyloid shown by PET scan.

The findings held even when the thickness of the brain’s grey matter at the start of the study was taken into account, and when the age of participants was considered.

Although previous research has suggested brain atrophy shows a stronger link to tau tangles than beta amyloid, the team say the findings were still a surprise. “We were amazed by how well tau predicted not only the degree of atrophy overall, but the precise location of atrophy in individual patients,” said La Joie.

But, he added, the lack of a link to signs of beta amyloid does not mean those plaques are not harmful. “It is extremely rare to see significant amounts of tau tangles across the brain in patients with no amyloid: for some reason, amyloid seems almost necessary for tau to build up in the cortex,” said La Joie.

The study has limitations, including that the PET scan gives only an indirect measure of levels of tau and beta amyloid, and the tracking substances might not bind only to those proteins.

“This relatively small study adds to evidence that tau may drive the death of brain cells, and could explain why symptoms get worse as tau spreads through the brain,” said Phipps. “While the majority of volunteers in the study were under the age of 65, making it harder to generalise the findings to everyone with the disease, the study highlights the importance of focusing future research efforts on the tau protein.”