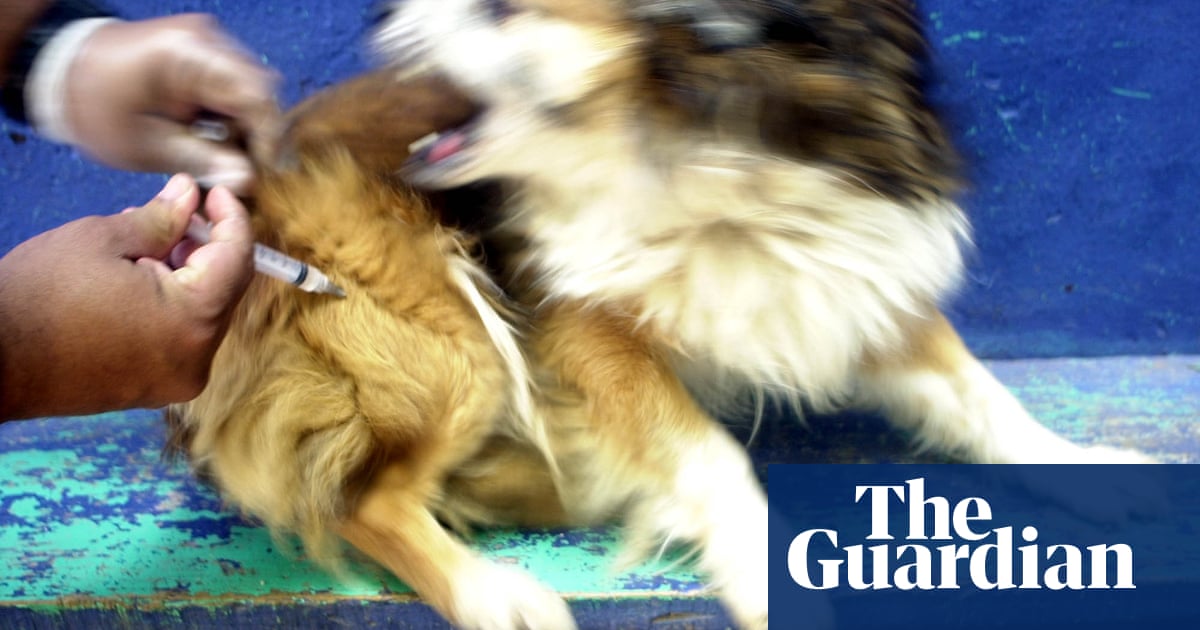 Researchers have discovered a way to stop rabies from shutting down critical responses in the immune system, a breakthrough that could pave the way for new tools to fight the deadly disease.

It is hoped that the discovery could lead to new and improved vaccines, including oral vaccines for dogs – which are responsible for the vast majority of transmissions to humans.

The study, published in Cell Reports and carried out by teams at Monash University and the University of Melbourne, provides crucial information about how the rabies virus targets the body.

The researchers believe they are the first to observe how a particular protein made by the rabies virus binds to a critical cellular protein known as Stat1, halting key parts of the immune response. The discovery has allowed scientists to make a modified, vulnerable version of the virus – which could be used to make a new, safe and effective live vaccine.

“You can very specifically change the rabies virus and change the sequences and structures of the proteins,” said Dr Greg Moseley, from the Monash Biomedicine Discovery Institute, a lead author of the study. “The modified virus can still reproduce, but is no longer able to stop strong antiviral immune mechanisms,” he added. “It is weakened and also should make a very strong immune response. Used in a vaccine, this would protect against infection by the deadly virus.”

Scientists plan to test these modifications in vaccine strains against rabies. If successful – and if regulatory hurdles are overcome – a modified vaccine could be administered orally to dogs through bait.

“If you can get high enough immunity in the dog population, rabies will die out. Safe and highly effective live oral vaccinations for dogs would make a great contribution to elimination,” said Moseley.

In up to 99% of cases, domestic dogs are responsible for transmitting the rabies virus to humans, according to the World Health Organization (WHO).

The disease is almost always fatal following the onset of clinical symptoms. Even if people manage to get medical treatment quickly, the cost of treating rabies exposure is often financially devastating for families.

Last year, the WHO announced a global strategy to eliminate dog-mediated rabies disease by 2030. Efforts by governments to tackle the disease have been hampered by a lack of funding and poor implementation.

Sarah Cleaveland, professor of comparative epidemiology at the University of Glasgow, said a new oral vaccine for dogs could provide a helpful additional tool in fighting rabies – especially in areas where injecting dogs is challenging.

Kenya moves to curb the rise of rabies – in pictures

But she added that the vast majority of dogs in Africa and Asia are owned and can be restrained for vaccination, and that there are high quality injectable vaccines available. “These are not being applied effectively, largely due to a lack of resources and support to government veterinary services in low-income countries to deliver mass dog vaccination campaigns,” she said.

“We should not let the promise of new vaccines distract us from the urgent need for scaling up mass dog vaccination now,” she added.

The discovery by researchers at Monash University and the University of Melbourne not only offers hope in the battle against rabies, but could help tackle other diseases – such as the Nipah virus, related to the measles virus – that target the immune response in a similar way. The same tools that were used to study rabies could be used to tackle Nipah, paving the way for antiviral drugs or vaccines.